Virtual Cultural Exchange: How Your Students Can Go Worldwide

When it came to educational opportunities, it used to be that students were limited to their local - and maybe regional - surroundings, depending on geographic location, socio-economic status, and other such factors.

Growing up in rural Idaho (Mackay, population 541 - Go Miners!!) in the 80s, my exposure to the "outside world" came from television shows and newspaper articles. In fact, so dismal was my exposure that I once had to wait until Tuesday morning to find out who won the Super Bowl the Sunday previous!

Once, on a particular family trip to the busting mecca of population known as Idaho Falls, I was bound and determined to find the home of Mike and Carol and their blended family known as the Brady Bunch. Honestly, I had no idea that Los Angeles, California was an actual place; to me, Idaho Falls was THE only place where such occurrences could possibly take place.

While most of us grew up in more urban neighborhoods and had quite different experiences than I did - eventually I was able to travel to such exotic locals as Orlando, Hartford, Tokyo, and Ontario, Oregon (shoutout to the TVCC Chukars!) - there are still those folks who have never had the opportunity to make their way out of their own city, county, or state.

Where I live and teach currently - Rock Springs, Wyoming - we have many such kids among our student body. Again, while many of our kids have been to places far and wide, we have just as many who see Salt Lake City (a mere 3 hours away) as the furthest they have traveled from home in a short lifetime.

However, with the kinds of technology we have available to us know, there are an endless amount of options we have to help our students explore and learn about places they would otherwise never known to exist.

Here is one example:

Over the past few months, I have had the pleasure of orchestrating a VCE - Virtual Cultural Exchange - between students of Rock Springs High School and peers in Hong Kong, China, and Taiwan. As part of a World Geography unit of study focused on East Asia, students from RSHS and AIS Hong Kong, AIS Guangzhou (China), and Tainan Second Senior High School (Taiwan).

The initial set-up included lots of emails to international schools, military base schools, and local public and private schools throughout East Asia. After hearing back from a few willing participants, the classroom teacher, Rhonda, and I began setting things up. We conjured up a list of questions and topics for our students to ask and discuss with their overseas peers. We chatted with teachers from all three schools via Google Hangouts and Skype. We grouped kids together and created folders on Google Drive and Wordpress (Thanks, Andrew Chui!) We took a deep breath and hoped our kids would take this exchange seriously!

Finally the day arrived to finally introduce our students to their friends from Asia. Awaiting them in the Google Drive folders were introduction videos full of questions and the local sights of schools and neighborhoods. RSHS students responded in kind with "hello" videos of their own and pictures of our school building, classrooms, and other interesting locations near our school.

Early on, we allowed our students to engage in informal dialogue with their peers overseas. While not all of our kids were as excited as others, the experience turned into quite a wonderful exchange. Before long many of the group began sharing social media information and discussed topics from our upcoming presidential election to the kinds of video games they have in common.

All the while, our students were gathering information to help them complete their World Geo projects and our new friends were practicing English (Taiwan students were all native, non-English speakers) and learning about the rural American West. Both parties shared thoughts, ideas, and opinions about each culture while also posting pictures of local "flavor" and customs.

By no means was this a perfect set-up. Rhonda and I dealt with sporadic attendance, some technology issues, and a bit of laziness, honestly. At the same time, Students from East Asia had to work around English "slang" and technology issues themselves  - Mainland China, for example, does not allow access to Google and Tainan HS blocks Google Hangouts.

It was not an operation in perfection. But it was a highly beneficial VCE that we are looking to replicate and repeat for (hopefully) years to come.

1. Overcoming language barriers - There were times when each side had trouble understanding the other. The use of slang, our regional dialect, and unfamiliarity with video-recording processes often left our Asian peers with some confusion. Their video responses were much the same. This taught us all a lesson about...

2. Use of effective communication to convey messages - Many of our kids were asked to speak more slowly and clearly in their video responses. They also had to adjust the wording of their written correspondence in order to better get their messages across. As communication skills are vital to future empolyment in any field, we could not ask for a more authentic experience for our students.

3. Comparing/Contrasting cultures, lifestyles, etc - From a Social Studies standpoint, the information shared was invaluable for our students. Instead of consulting a Website for information, for example, our kids had only to ask authentic questions to their group members in Asia in order to get an authentic response. Which led us to another realization...

4. Asynchronous communication strategies - Our kids quickly found that the time change was going to be a major obstacle to timely correspondence. While a few RSHS students were more than happy to stay up until the wee hours of the morning to live chat with group members, most of them fell into a habit of waiting in anticipation for something new in their Google Drive folders. Aside from time differences, we also had issues with Spring Break holidays in all schools and off-setting schedules (AIS Hong Kong meets on a modified block schedule, for example).

Undaunted, however, we pressed ahead with the VCE, tweaking things here and there, allowing the students to work freely through, it all the while asking for feedback from them.

The results were not optimal, but the process is in place to be something that will be better and better each year.

Here are a few of the results: 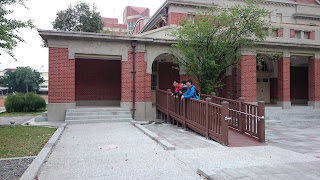 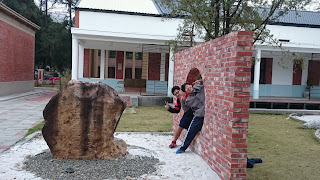 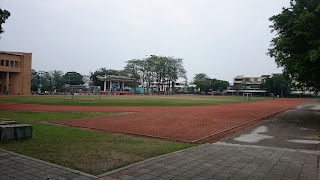 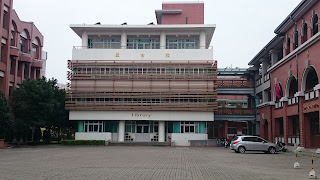 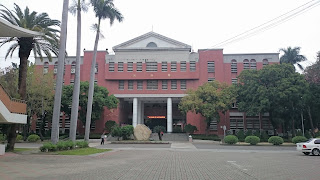